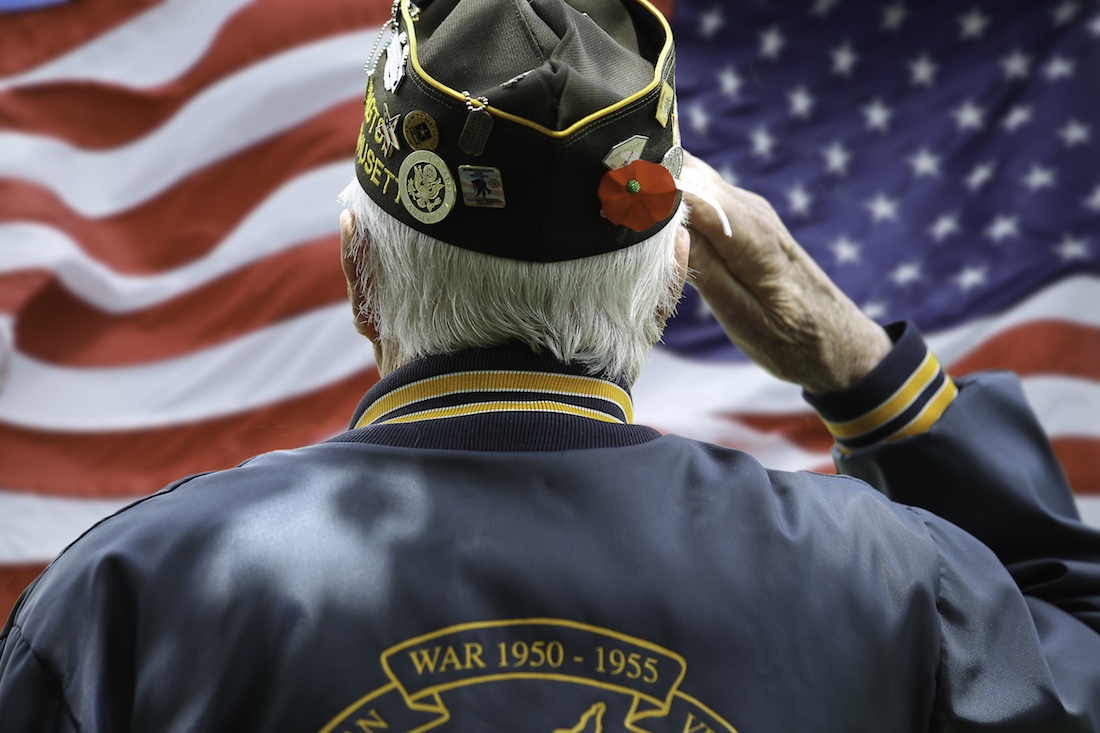 "The Honor Flight reunions are very moving," says Char Antoine, Life Enrichment Assistant and Valiant Veterans Program Coordinator at Chandler Place, a senior living community in St. Anthony, Minnesota. As Americans, we know the importance of our military heroes when it comes to our rights and freedoms. But we also recognize that veterans can often go unthanked for their service and sacrifice. "They need to know they are heroes,” says Char. Through her involvement with the Honor Flight Network, Char has experienced firsthand the effect an Honor Flight can have on a veteran as they visit the U.S. war memorials in Washington D.C.

An Experience of a Lifetime

Branches of the organization across the country are showing veterans their appreciation by flying veterans and their guardians to the United States Capitol in Washington, D.C. for an experience of a lifetime. The trip is nothing short of memorable.

"One of the veterans who participated in Honor Flight was just overwhelmed when he came back," Char says. "He could hardly talk about it. He said he loved the whole experience."

The National Honor Flight Organization formed in 2005 as a way to help the World War II generation of veterans visit their respective war memorial completed at the nation's capitol one year earlier. More than 180,000 veterans and 115,000 guardians across the U.S. have taken the trip thus far.

In addition to the World War II Memorial, veterans visit the Korean, Vietnam and Lincoln memorials. They also visit Arlington National Cemetery, where they watch the Changing of the Guard near the Tomb of the Unknown Soldier. It is a humbling experience for the men and women who served in the U.S. Armed Forces.

On the flight, there is a roll call and each veteran receives victory mail, or v-mail as they called it during the war. Letters are written by family, friends, and, in some cases, students from local schools.

"I could not believe we received v-mail," says Don, a former Air Force pilot, who wrote Char a six-page letter after his trip. "V-mail was the way we wrote letters during the war. You would buy a lightweight form with a printed stamp. It would go to a designated U.S. location after written, microfilmed on a reel, then the reel would be flown to the general location, printed back on paper and delivered."

In Washington D.C., many of the veterans also received thanks from other tourists as they made their way around the memorials. Spoken appreciation is foreign for many of these veterans because they did not receive a warm welcome home after serving in the war. For some, it was the first time anyone had thanked them for their service.

The Welcome Home They Deserved

Upon returning home, a large crowd gathers at the airport. It is nearly 11 p.m., but that doesn't stop family, friends, active local veterans, and sometimes school bands from showing up to the airport. Veterans are welcomed home with cheers, handshakes, and salutes.

As the veterans get off the plane, they are welcomed home with applause, cheers, handshakes, salutes, and music.

"To be able to see the sights in Washington D.C. was wonderful but the most touching was the welcome home at the Minneapolis airport," says one of the veteran's daughters in a letter to Char. Her father, Jerry, was 95 when he took the trip. She says her father was smiling ear-to-ear as he accepted the long overdue praise.

The trip leaves a lasting impression on those who are lucky enough to get a seat on the flight.

Both Jerry and Don learned about the flight through Valiant Veterans, a Life Enrichment program at Goodman Group managed communities. Valiant Veterans offers monthly activities for veterans and their loved ones to spend time together, share stories and commemorate unique times in America's history. The program features guest speakers, programs, and interactions with local military organizations and veterans.

"We make sure the events are a big deal because the veterans are a big deal," Char says. "Everybody needs to be reminded that the freedoms we have are because of them."