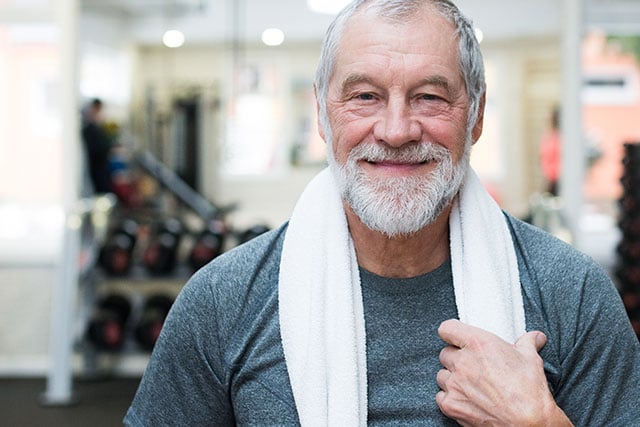 Exercising is an important part of active aging, but some equipment, although all built for safety, is not easy for seniors to use. Many aging adults need more support for their joints and resistance to aid in making the proper movements when exercising that certain machines don't provide.

However, physical therapists at The Goodman Group managed communities, like Christine Holland, have found a system that is easy to use while also providing the safety and stability necessary to help residents build strength and confidence.

The Core Stix Fitness System consists of a stable platform with holes in the sides where various fiberglass sticks can be inserted to assist with exercises. Each set of sticks has a different thickness and resistance. The thinner the sticks, the more flexible and less resistant they are, and vice versa. Despite initially being created for athletic training, the Core Stix System has quickly become an excellent exercise tool for aging adults.

"I love how adaptable the Core Stix System is — anyone can use it," says Christine, who works at Innovative Rehabilitation in Billings, Montana. "If someone is unable to stand, the platform is large enough to fit a wheelchair so they can remain seated while using the sticks to work their core. It's really great."

She recommends using thicker sticks for someone who needs more stability because the thicker sticks are harder to bend and provide more support. "If they do a squat, for example, that stick wouldn't go down as easily," she says. "It would provide more solidity and recoil to go upright a lot easier."

The lighter sticks are also nice for older adults because they're able to complete exercises without much resistance.

Christine uses a wide variety of exercises with residents. A core exercise she likes consists of 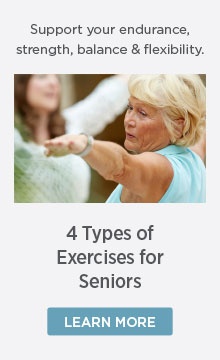 the user holding one stick with both hands and moving their hands in a circular motion. "Like stirring a pot," she says.

Christine also recommends squats. "You might not think performing squats would benefit an aging adult, but if you think about it, you do a squat every time you sit down and stand up," she explains. "It also gets their weight back on their heel, where it's supposed to be," she says. "It works the core, arms, thighs, and glutes."

Two other exercises she recommends are a standing row and standing push-up. The standing row is performed by holding the two sticks and pulling them toward you while squeezing your shoulder blades together. "It's such a wonderful exercise for posture," she says. To perform the standing push-up, you hold the two sticks, thick ones in this case, and push your weight forward onto the sticks. The resistance will help rebound you back into an upright position.

Christine is pleased with the results she's seeing from residents who are using Core Stix. She says one resident she worked with used to fear going to the dining hall for meals because once she was seated at the table, she had a hard time getting up. "She was embarrassed," Christine says, but after using Core Stix, she now confidently attends meals with friends.

"It's the perfect bridge from holding on to an assistive device to doing standing exercises," she says. "We can vary how much stability we give them, but they still have that peace of mind. It gives them safety and backup."

Maintaining independence is so important as we age, luckily, changing technologies in exercise equipment, like the Core Stix System, are making it easier for aging adults to stay fit and perform the activities of daily living.