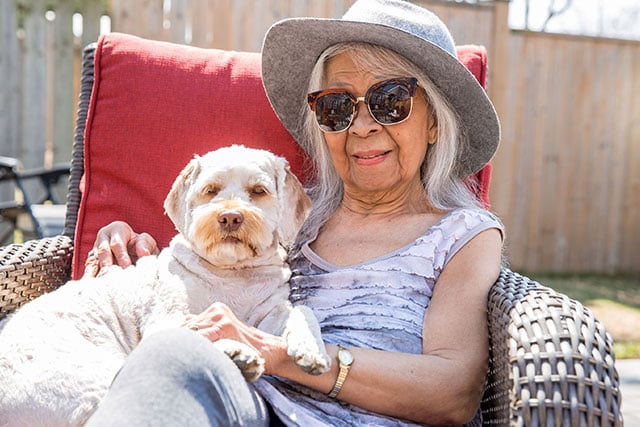 Dogs are widely recognized as “man’s best friend,” and have been for a long time. In fact, that beloved title can be applied to many types of pets. Be it a dog, cat, horse, reptile, or anything in between, the human-animal relationship sparks a clear and powerful feeling of joy for many people throughout our lives.

A preliminary study released in February of 2022 suggests that pets have a much more impactful role on us than previously known. At the 2022 American Academy of Neurology (AAN) Conference, researchers presented findings that owning a pet for five or more years can delay aging in the brain in adults around the age of 65. Thus, this research shows that “best friends” can support the health of older adults in a multitude of ways.

What Studies Have FounD 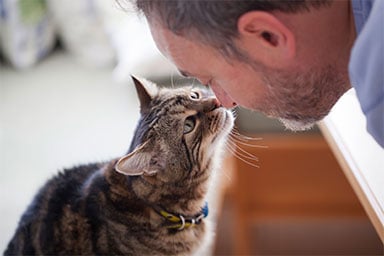 Previous studies have suggested that the human-animal relationship includes health benefits, such as decreasing blood pressure and reducing stress. We know that animals can positively affect a person’s well-being by providing companionship and can keep people more active to meet their animal’s exercise needs. The presence of an animal can also be very therapeutic. Pet therapy programs have proven effective among residents of senior living communities, providing comfort, enjoyment, and health-restorative qualities.

Data was collected over a 6 year period from 1,300 older adults, the average age being 65. The participants were divided into self-elected groups titled “pet owner”, “long-term pet owner (over 5 years)”, and “non-pet owner.” Cognitive function was based on a series of tests distributed annually which included word retention and simple math questions.

Being that this is a preliminary study, more research is needed to be fully conclusive. However, these initial findings are widely acclaimed and have gained enough attention to continue the study further. Plus, if you have been considering adopting a furry friend, you can add this to the list of reasons!

Human–animal interaction can also provide social support for seniors, reducing the risk of loneliness. Caregivers of a spouse with dementia report higher attachment to their pets after their loved ones onset of dementia. Increased life satisfaction and decreased depression in older adults (including those with/without dementia or depression) have also been associated with animal-assisted activities.

This goes to say that even being around an animal can have a positive impact on cognitive decline, owning one only produces more long-term benefits. Some of the benefits include:

In addition to mental health and well-being outcomes, pet owners (dog owners in particular) are often more likely to be physically active. Seniors who own dogs are more likely to walk than non-pet owners due to the exercise needs of their animals. This results in having higher levels of physical activity. As a person begins to age, maintaining mobility and balance becomes increasingly important as it relates to their overall health. If a senior owns a dog, it is much more likely that they will meet daily exercise recommendations.

Quality of life assurance is important as seniors age and go through life transitions. Interacting with or owning animals is a great way to slow cognitive decline as well as mitigate other associated stressors.