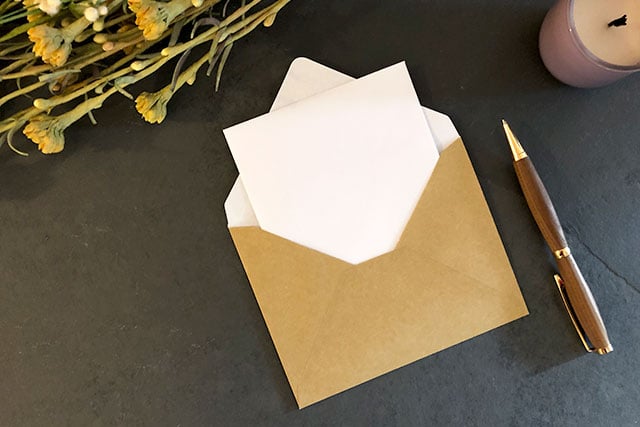 Sometimes, Diane K. and Sharyn write about their families. Sometimes, they chat about Stillwater, where one of Sharyn's sons lives. Other times, they just catch up and learn more about each other. "Her handwriting is beautiful," Diane says of the letters she receives from Sharyn. As for the ones Diane sends: "Mine's… not so good."

What matters to Diane, vice president of sales & market development at The Goodman Group, is that they’re writing. The resident pen pal program gives team members of The Goodman Group's corporate office an opportunity to stay in touch with residents, opening a new channel to help reduce feelings of loneliness and depression in the managed communities.

Engaging with Residents Through a "Lost Art"

The resident pen pal program was conceived by the We Matter committee at The Goodman Group to assist with resident loneliness during the COVID-19 pandemic. Team members are given a starting point – their hobbies, their position with The Goodman Group, anything they want to share about themselves – and paired with a resident at a managed community to begin correspondence.

"I signed up because I think it's a great way to get people engaged," Diane says. "It's sort of the revival of the lost art of handwriting. It's more than a 280-character tweet or short text message – it's personal, handwritten, and tangible. It's like a gift. You get it in the mail and you engage with it. You think, 'Someone had to actually sit down and spend time writing this by hand.'"

Making its debut at one senior living community, the resident pen pal program has grown to include several in Minnesota, with more than a dozen representatives of The Goodman Group participating. Lois M., receptionist/administrative assistant at The Goodman Group, is used to welcoming guests, so naturally, she jumped at the chance to become a pen pal. 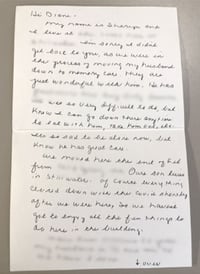 "I've had the great pleasure of getting to know Janetta," Lois says of her pen pal, with whom she often exchanges Bible verses and other uplifting messages. "She's touched my heart… I want to let her know how grateful I am to have her as my pen pal and to let her know what a special person she is."

Lois says she's benefited from the exchange at least as much as her pen pal has. "You can learn so much from a person who has lived a full life," she says. "There's a lot of wisdom and history that they can share.

"I have thoroughly enjoyed The Goodman Group's pen pal program," Lois adds. "It's given me the chance to be a light in someone’s life, especially during the dark times of COVID, and my pen pal has been a light to me, as well. We've even talked about meeting each other after COVID is over."

Residents' Health and Happiness is a Core Mission

Diane calls the program "unique" among senior living communities, but says it speaks to The Goodman Group's mission. "Senior loneliness and isolation have been a focus of The Goodman Group and an area where we can innovate," she says. "Depression has negative outcomes for everyone, but especially seniors. Every chief health metric decreases when depression sets in. Programs like pen pals are an opportunity for us to help improve their health and enjoyment of life."

Even from a personal perspective, the resident pen Pal program is an immensely rewarding experience. "I've always thought our residents have great personal stories," Diane says. "That's a snapshot of history right in front of you – they've lived such interesting lives, and this is a way for us to acknowledge those stories."

And it goes the other way, too: Diane says that Sharyn is learning that "the home office is made up of real people – that we care, and that we want the best for people who live in the managed communities."