Technology for Seniors: The Benefits of Video Games & VR

Posted by The Goodman Group on September 9, 2020 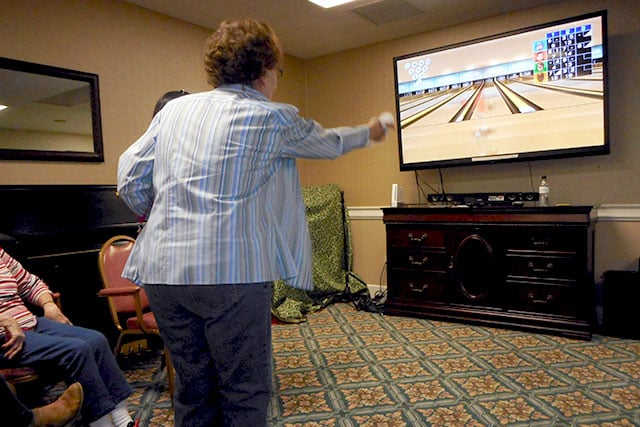 When you think of a "gamer," you probably don't think of a 65-year-old woman spending her afternoon on the Wii. But think again — an estimated 21% of people who play video games are over the age of 50. What’s more, it turns out that some of those older "gamers" are reaping very significant health benefits as a result.

Here are some of the social, cognitive, and physical benefits that video games and virtual reality (VR) have to offer seniors.

Whether it's going for a walk, meeting friends for lunch, or seeing a movie, doing anything you enjoy improves emotional health. So it's no surprise many seniors who enjoy playing video games find themselves in better moods.

A study of 140 seniors over 63 years old concluded that both regular and occasional video gamers reported greater well-being, social functioning, and health than non-gamers. In addition, they reported significantly lower rates of depression among people who play video games than those who don't.

Video games can provide physical benefits, too, especially to seniors. Certain games that require physical interaction, like Wii Sports and similar titles, can help seniors improve balance, coordination, and reflexes due to the quick decision-making and action required to play. Some seniors have even reported faster walking speeds as a result of playing video games.

It may not be obvious at first, but improving cognitive skills can translate into improved balance and gait. And while fitness video games like Nintendo Wii and even the newer Nintendo Switch have revolutionized exercise for seniors, virtual reality (VR) is already leaving its mark on physical therapy. New programs as simple as walking through a landscape projected on a TV screen have shown some remarkable results.

A study of seniors using VR showed a 42% reduction in senior falls after they trained using a treadmill combined with VR. The VR projected participants’ feet onto a screen in front of the treadmill. It then presented real-life obstacles that the participant had to step over as part of the training to increase balance and strength.

Video games have the potential to support improvement not only emotionally and physically, but cognitively, as well. In fact, a University of California San Francisco study showed significant improvement in cognitive ability, effectively reversing signs of aging in seniors who played 3D video games.

Playing video games exercises a gamer’s memory, especially short-term memory. Playing even occasionally can help seniors remember things like names, addresses, phone numbers, date, and times better than they do without video game stimulation. They also force players to switch quickly between different tasks, which can lead to increased mental flexibility and multi-tasking ability for seniors.

Furthermore, VR has been an effective tool for relaxation, helping prevent dementia, and increasing social connections, as well as making exercising more fun for seniors who need motivation.

With an estimated 5.5 million seniors suffering from Alzheimer's in the U.S. alone, treatment methods are heavily scrutinized and highly valued. Amazingly, recent research has even demonstrated a link between playing video games and a reduced risk of Alzheimer’s.

The study looked at connections between gaming and tissue growth in different areas of the brain — especially the hippocampus, an area associated with memory and Alzheimer’s progression. The study tasked three groups of seniors aged 55 to 75 with different activities: group 1 played the video game Super Mario 64 regularly; group 2 took digital piano courses; and group 3 undertook no new activity for the duration of the study.

The results saw significantly increased hippocampus gray matter in the gaming group compared to the piano and inactive groups. That's right: playing video games helped seniors exercise their brains and decrease their Alzheimer's risk factors in a way that even learning to play piano couldn't.

ALL THE BENEFITS — PLUS LOTS OF FUN 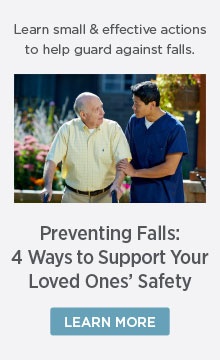 "They love it," says Katie, life enrichment director at The Village Senior Residence in Missoula, Montana, an assisted living community whose residents often play Wii Bowling. "They think it's fun."

Part of their enjoyment comes from the fact that the game isn't competitive – just great fun for players. "We encourage everyone to cheer for each other," Katie says. "That helps everyone have even more fun because they're cheering for everyone."

The Village Senior Residence isn't the only place where seniors play. Katella Senior Living Community in Los Alamitos, California, and The Inn on Westport in Sioux Falls, South Dakota, enjoy video games, too.

Of all the Wii Sports games, residents at communities managed by The Goodman Group tend to prefer bowling. "It's a fairly easy activity that many of them enjoyed before moving to our communities," Katie says.

Video games are just one of many stimulating activities that residents enjoy at The Goodman Group communities across the country. We make it our mission to find new ways to engage and delight residents every day while providing physical, mental, and emotional benefits.